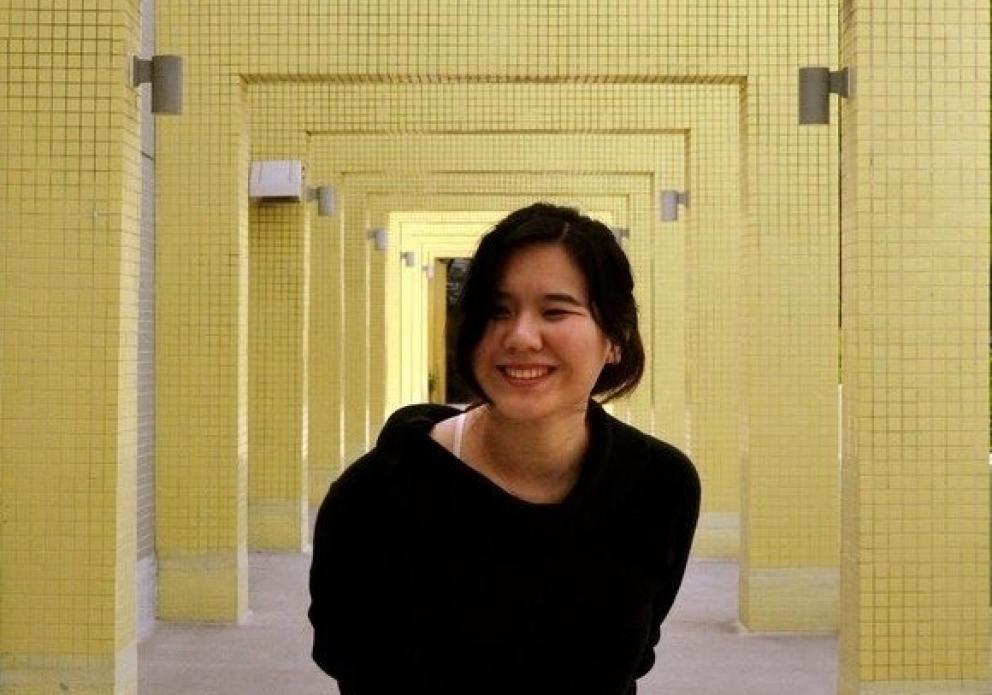 Ms Tang Yi (2012/Professional Accountancy) won the Best Short Film at the 74th Cannes Film Festival. Ms Tang was invited to share on her days when studying in the University and her life and memories at Shaw College. Looking back, her choice of accountancy as her major was probably following the trend at that time. She actually likes “story-telling” all along and during her spare time at the University, she turned to words, music and images to tell stories.

After graduating from the University, she did not join the accountancy profession. Instead, she tried different kinds of works: supporting work at NGO, media editor, song writing and releasing records. A few years later, she settled on learning movie making. The movie programmes in New York University was her dream and with scholarship awarded, she started her study there.

Her most unforgettable experience during her study at The Chinese University was taking part in all singing competitions and won a few runners-up. Learning accountancy did not fit her much. She would rather sing on stage, which she enjoyed most. She has developed a strong connection with Nepal since she joined a meditation programme organized by the College. Her first short movie was in fact shot there. The meditation programme she joined was led by Professor Freedom Leung Yiu-kin, incumbent College Head. She recalls that Professor Leung shared his piece of advice: bad days will go away and good days will come. However, everything has a limited duration. There will be difficult times after good days. Even when we are in difficult times, we must believe that if we overcome, good days will be ahead. During these few years when she has been making movies, there were ups and downs. What has been comforting her is the above advice shared by Professor Leung. Her life experience so far facilitated the creation of more cross-cultural stories. She will be graduating this September and has signed a contract with an agency. She would like to continue her journey to make movies in different parts of the world.

This article was originally published in the Newsletter of the College, Shaw Link in Nov 2021.